Back to Patient Education

Whenever you eat and drink, food travels through your digestive system for processing.  Your body absorbs nutrients and removes waste products via your digestive system.  When you eat, your tongue moves chewed food to the back of your throat.  When you swallow, the food moves into the opening of the esophagus.  Your esophagus is a tube that moves food from your throat to your stomach.
Your stomach is a sac-like pouch with a holding capacity of about a quart.  The walls of your stomach are composed of three layers.  The mucosa is the innermost layer in the stomach.  The mucosa produces stomach acids and digestive fluids.  The next layer, the submucosa, contains supportive tissue.  The third layer, the muscularis, consists of muscles that move the stomach during the digestive process.  The outer two layers of the stomach are the subserosa and the serosa.
Your stomach produces acids to break down food for digestion.  Your stomach processes the food you eat into a liquid form.  The processed liquid travels from your stomach to your small intestine.  The liquid solidifies as it moves through the large intestine forming a stool.  The stool is eliminated from your body when you have a bowel movement.
Back to top

Early stomach cancer usually does not produce symptoms.  Symptoms of early stomach cancer include nausea, loss of appetite, and mild upper abdominal discomfort.  It may be difficult for you to swallow food.  You may feel full after eating only a small amount of food.
Symptoms of stomach cancer can also include vomiting, excessive belching, and possibly increased difficulty with swallowing.  Blood may be present in your vomit or stools.  Your abdomen may feel full and painful.  Your breath may smell bad and you may have excessive gas (flatus).  You may lose weight and feel tired.  Some people develop anemia, a decrease in red blood cells.
Back to top

Your doctor can start to diagnose stomach cancer after reviewing your medical history and conducting a physical examination.  You should tell your doctor about your symptoms and risk factors.  Your doctor may conduct tests to help confirm the diagnoses and rule out other diseases with similar symptoms.  Common tests include blood tests, stool tests, a barium swallow, and an upper gastrointestinal (GI) endoscopy.
A barium swallow, also called an upper GI series, provides a set of X-rays showing the esophagus, stomach, and small intestine.  Before the X-rays are taken, barium, a chalky substance, is swallowed.  The barium provides an image of the upper gastrointestinal structures on the X-ray images.  A barium swallow is commonly used to determine the cause of abdominal pain, swallowing problems, blood stained vomit, and/or unexplained weight loss.  A barium swallow is an outpatient procedure that does not require sedation or anesthesia.
An upper GI endoscopy is a procedure that uses an endoscope to view the esophagus, stomach, and upper duodenum, the first part of the small intestine.  This test is also called an esophagogastroduodenoscopy (EGD) or a gastroscopy.  An endoscope is a long thin tube with a light and a viewing instrument that sends images to monitor.  The endoscope allows a doctor to examine the inside of the upper gastrointestinal tract for bleeding ulcers, tumors, polyps, and other abnormal conditions.  A tissue sample or biopsy can be taken with the endoscope.  It is also used to treat bleeding.  An upper GI endoscopy is an outpatient procedure.  You will receive a medication to relax you prior to the test.
If your tests are positive for stomach cancer, your doctor may order tests to determine if the cancer has spread to other parts of your body.  These may include blood tests and imaging tests.  Blood tests can assess your liver function.  A chest X-ray can determine if the cancer has spread to your lungs.  A bone scan can determine if the cancer has spread to the bone.  Computed tomography (CT) scans, magnetic resonance imaging (MRI) scans, and positron emission tomography (PET) scans are imaging tests that may also be used.  The CT scan is helpful for identifying cancer in the liver and other organs.  The MRI scan is used to detect cancer in the brain and spinal cord.  A PET scan can check the lymph nodes and other areas of the body for cancer.
If you have stomach cancer, your doctor will determine what stage of growth your cancer is in and if it has metastasized.  Your doctor will assign a number to label your cancer stage.  Staging is helpful for treatment planning and recovery prediction.  There are different systems for staging stomach cancer, and you should make sure that you understand the system that your doctor is using.  The stages of stomach cancer are most commonly labeled with the Roman numerals I through IV, with a higher number indicating a more serious cancer.
Back to top

Treatment for stomach cancer depends on the stage of the cancer, the location of the cancer, your age, and overall health.  Some treatments are aimed at curing cancer, while others focus on reducing symptoms if there is no cure.  Surgery is the primary treatment and only possible cure for stomach cancer.  Surgery removes the cancer cells, while leaving as much of the stomach in place as possible.
There are three main types of surgery for stomach cancer: endoscopic mucosal resection, subtotal partial gastrectomy, and total gastrectomy.  Endoscopic mucosal resection is used for early stomach cancers.  It removes the cancerous area of the stomach with an endoscope.  An endoscope is a long thin tube with a light and a viewing instrument that sends images to monitor.  A subtotal partial gastrectomy is used to treat cancer that is located in the lower part of the stomach near the small intestine.  This surgery removes a portion of the stomach and the first part of the small intestine.  A total gastrectomy is used to treat cancer in the upper or middle stomach.  This procedure removes the entire stomach.  A substitute stomach is formed out of the small intestine by the surgeon.  After a total gastrectomy, you will be limited to eating only small amounts of food at a time.
If your stomach cancer has spread to the lymph nodes, they may need to be surgically removed.  Advanced cancers may need adjuvant therapy or additional treatments.  Adjuvant therapies are used if there is a chance that cancer cells may exist outside of the surgical site or if there is a chance that the cancer might come back.
Adjuvant therapies for stomach cancer include radiation therapy and chemotherapy.  Radiation therapy uses high-energy rays to destroy or limit cancer cells.  Chemotherapy uses cancer-fighting drugs to destroy cancer cells.  There are several different types of radiation therapy and chemotherapy.  Treatments usually last for several weeks or months.  Your doctor will let you know what to expect.
The prognosis for stomach cancer is individualized and varies widely.  The prognosis depends on the location of the cancer, its depth in the stomach wall, and involvement of the lymph nodes.  The prognosis is less optimistic for stomach cancer that has metastasized.
The experience of cancer and cancer treatments can be an emotional process for people with cancer and their loved ones.  It is important that you receive emotional support from a positive source.  Some people find comfort in their family, friends, co-workers, and faith.  Cancer support groups are another good option.  They can be a good source of information and support from people who understand what you are experiencing.  Ask your doctor about cancer support group locations in your area.
Back to top

In most cases, stomach cancer is treatable if it is detected early. People living in countries where stomach cancer is common should be screened for stomach cancer.  Researchers do not recommend screening for stomach cancer in countries where the incidence is lower.  However, people that had portions of their stomach surgically removed 20 years ago or more should have yearly endoscopies to screen for stomach cancer.
If you have been diagnosed and treated for stomach cancer, you will have regular follow-up appointments to check for recurrence.  There is a chance for anyone that has had cancer removed that it may come back.  Attend all of your doctor appointments.  It is important for recurrence to be detected early.
Researchers suggest that lifestyle changes may be beneficial. It appears helpful to avoid smoking tobacco and consuming alcohol.  If you smoke or drink alcohol, make every attempt to stop.  Talk to your doctor about ways that may make it easier for you to quit.
Perishable food should be refrigerated.  You should avoid foods that are preserved by salting, pickling, and smoking.  Researchers suggest that eating fruits and vegetables that are high in fiber and reducing high-fat foods may reduce the risk of stomach and colorectal cancer.  The American Cancer Society recommends eating five servings per day of fruits, vegetables, and whole grain foods including breads, cereals, pasta, rice, and beans.
Researchers state that treating H. pylori infections with antibiotics appears to lower the risk of stomach cancer.  This finding is not conclusive, and more research is underway.  Aspirin and similar medications may lower the risk of stomach cancer and colon cancer in some people.  However, not everyone can tolerate the side effects of aspirin.  You should talk to your doctor before taking aspirin to see if it is right for you.
Back to top

Am I at Risk

Adenocarcinoma is the most common type of stomach cancer worldwide.  It most frequently occurs in men over the age of 40 years old.  Stomach cancer occurs more frequently in areas outside of the United States, with the highest rates occurring in Japan, China, Southern and Eastern Europe, South America, Central America, and Iceland.  The incidence of adenocarcinoma in the United States has declined.

Stomach cancer can result in loss of appetite and weight loss.  Stomach cancer can cause ascites.  This condition causes fluid to build up in your abdomen.  You may feel pressure on your abdomen and have shortness of breath.  Inform your doctor if you experience loss of appetite, weight loss, or ascites.  Your doctor may prescribe medications or make recommendations to help with these symptoms.
Metastases are a complication of advanced stomach cancer.  This means that the cancer has grown through the stomach and spread to distant tissues and organs.  Common sites for stomach cancer metastases include the liver, lungs, or bones.  The cancer must be treated in the distant locations as well as in the stomach.

This information is intended for educational and informational purposes only. It should not be used in place of an individual consultation or examination or replace the advice of your health care professional and should not be relied upon to determine diagnosis or course of treatment. 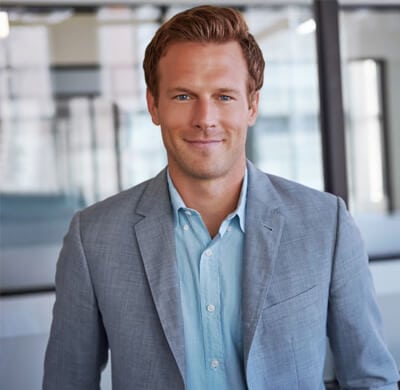 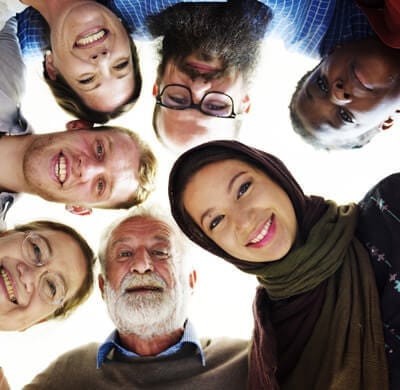 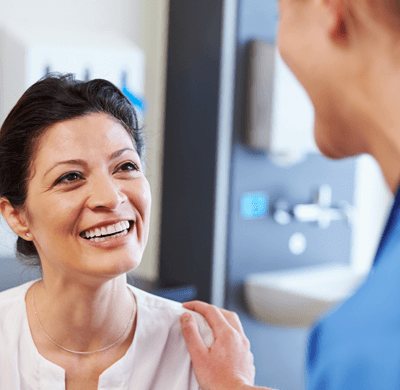 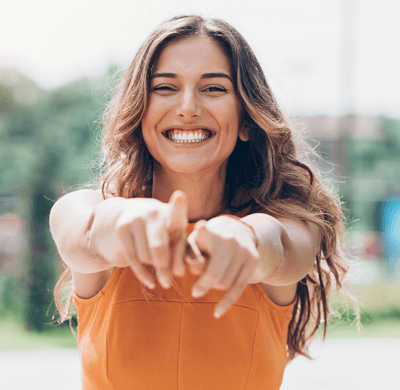 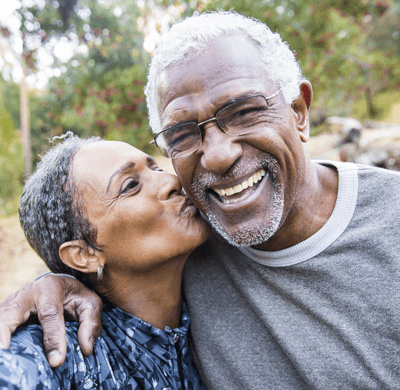